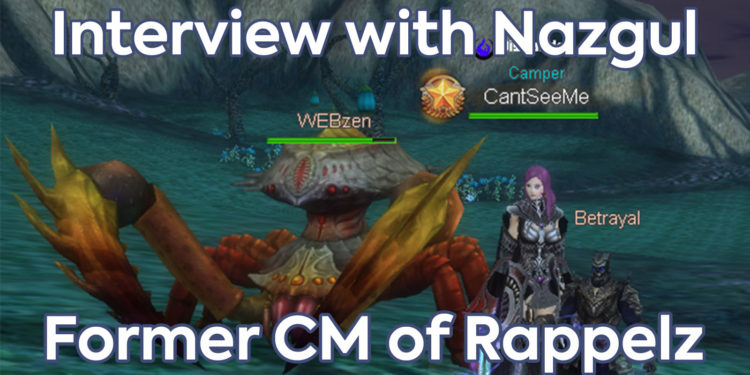 Nazgul is one of the most popular CMs in the Rappelz community and Webzen in general. Following his retirement as Rappelz’s CM, he agreed to take one of our traditional interviews!

Can you introduce yourself?
I’m Nazgul, born in England and now former community manager at Webzen for Rappelz US. I first started playing Rappelz in 2007, that’s nearly half my life!

When did you start working at Webzen?
I started 4th July, 2016. However, I was a volunteer moderator for about 18 months prior to this.

What was your typical day as a CM?
My core responsibilities were:

Sometime in the first 3-6 months I started to, unofficially, dabble with the game files. From then until I left the team, that began to consume my day. Tweaking or creating features/events. Each day I would work closer and closer with Gala and be discussing the next thing which we had to do.

How did you work with the other CMs, did you have shared tasks?
All core tasks are shared between the team. We’re restricted by managing each other’s communities, but we helped each other as much as possible. It’s quite rare that any one person is solely responsible for a core task.

What is your best memory in your career at Webzen?
Moving over to Korea and meeting the team at Gala face to face.

Do you have a moment that marked you?
Isn’t that for the community to decide?

Were you involved in other games in parallel with Rappelz?
Yes. The Rappelz team is also the Flyff team.

What will you miss about Rappelz as a CM?
Everything. Simply put, Rappelz is the game I love.

What is your current job at Webzen?
I’m now working on MU Origin 2, which has just been released.

Do you still have internal links with the Rappelz team?
Of course. I left the team, I’m not dead! If they need me for anything, my door will always be open.
For now, I’m still trying to finish up a few tasks for them.

A message for the community and our readers?
Webzen is not the only publisher. There are 4 others. Just because we/you want something, doesn’t necessarily mean it will happen. A middle ground always must be found between all publishers. The team at Webzen always tries to meet your expectations but sometimes it’s not possible.

Bonus: If you could be a pet in Rappelz, which one would you choose?
I like to think I already am.
The Death Gladiator is the last thing I made before leaving and I know what it’s capable of and I’d like to think it’s part of me!

While reading this article, it may have seemed strange to you to see a screenshot of CantSeeMe, who is a well-known player in the US. He is notably the first US player to have reached level 180, he is also the developer of one of the first statbuilders (released before ours). He also owns a famous Youtube channel in the world of Rappelz.

Well, CantSeeMe and Nazgul are one and the same person!
Indeed, when Nazgul sent us an illustration image for this article, he sent us the image visible above with the text “The secret revealed 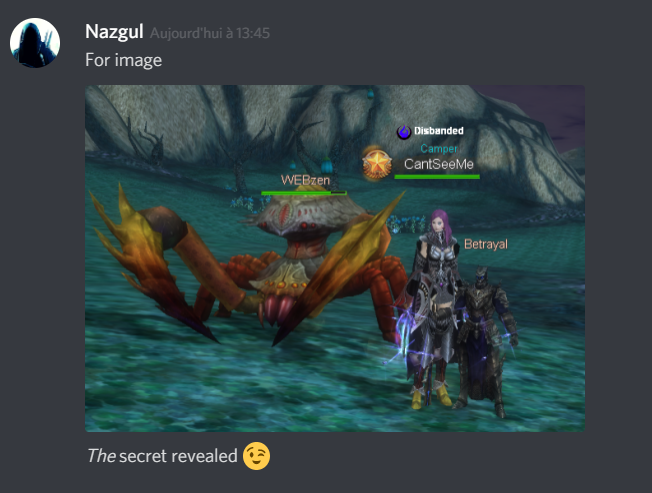 If you meet him now in game or on the Rappelz forums, you know the truth 🙂

Thanks to Nazgul for his time spent answering our questions!
Thanks also to him for having helped us internally at History of Rappelz on some points (notably balancing).

We wish him an excellent continuation in his career at Webzen and no doubt that his replacement will be able to take over as he should, we welcome him!

Some news about Rappelz : The Rift