Epic 9.6 : The Siege of the Citadelle

Epic 9.6 was announced on February 22, 2019 by Gala Lab. This was a total surprise especially because the nomenclature 9.x is still used. Many people expected to see the Epic 10.x arrive!

At HOR, we wrote a preview article of Epic 9.6 before its official announcement. So this one included the title “Epic X?” because we thought that the saga of Epic 9 was over.

This new Epic brought several novelties among which we discover a brand new game zone: The attack of the Citadel!

The attack of the Citadel, the Epic in competitive mode!

The attack of the Citadel is an exclusive novelty to this Epic. This one is not a dungeon, it is a competitive mode of speedrun PvE which only the guilds can participate!
They can register by participating in auctions to participate in one of the 6 sessions taking place on Saturday only.

The citadel is located west of Rondo, on the site of the Rondo Arena

Only the guildmaster can register his guild at headquarters.
The minimum guild point to register is 1000.

The attack on the citadel is divided into two parts: The Academy and the Citadel. Each part is made in order to then access the last level and record his guild in the rankings!

Depending on the rank of the guild, or with the Siege Symbols obtained on the monsters, various rewards are available:

This Epic also brings a whole new creature requiring his own taming card: The Death Gladiator!
This creature clashes at the siege of the citadel and is of Epic tier! 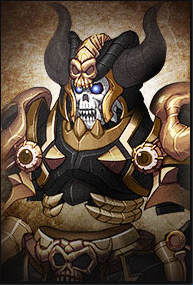 The creature’s skills are available on the official website (See 3rd Source Link).

Other news came in parallel during this Epic.

For more details on this Epic, find all information on the official website: