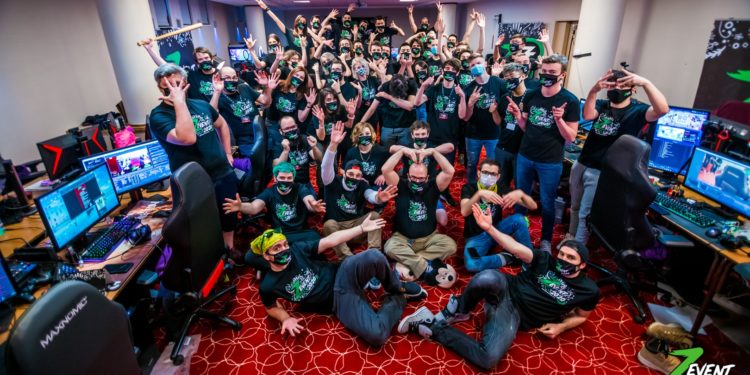 We all had a hard time believing that the Zevent would take place with this bad pandemic period and even if many streamers had to be forced to confine themselves because they were either sick but the Zevent was a great success !

I wasn’t able to be there but I follow the whole event remotly and told you about this significant event. 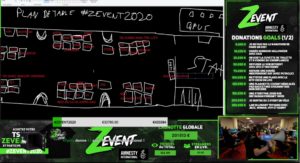 All streamers start streaming their games, for example, JDG made the perfect rocket to send to Eleon MUSK. For streamers who are not on site, Zerator placed a webcam for streamers to use as a backdrop by replacing their green background to pretend they are on site.

Throughout the event, the technical team will have to do 10 push-ups for every 100,000 € of donation made. Which is already very quickly outdated!

Zerator has reached one of his “donation goal” and reveals the “forbidden sound” with DFG and Mistermv:

Several giggles on SKRIBBL.IO where some streamers should go to the zoo to learn how to draw animals… 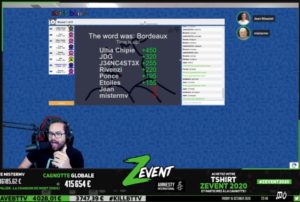 Not all streamers are drawing talents!

Friday night was quite intense, like ZeratoR who ended is stream at 5am. It’s normal for Saturday morning to be quiet and those who went to bed early (before 1am) got up earlier to stream or just chat in chill mode.

2h30pm : Following the “donation goal” reached, a wedding was made during the Zevent and the wishes were hilarious! Find him on the Jeel channel :

At the same time, while waiting for a question for a streamer, Etoiles, on his cast to invite Samuel Etienne (the current question host for a champion) to answer the chat’s questions.

A hilarious baldur’s gates with Shadow Elf Mistermv without any charisma, JDG as a boring dwarf version, Maghla the Tieffin-Elf and AlphaCast as a leader who does not rule anything at all. Of course, with the modification of the voice of the streamers, you will immediately make the connection with the dungeon of Naheulbeuk! A must see :

17h : the president of Amnesty International was interviewed and spoke about the death penalty, harassment and torture. She emphasized the fact that aid is not only used abroad, for example, the injury during demonstrations such as “yellow vests”.

8h00pm :“question for a streamer” hosted by Etoiles and Samuel Etienne rebroadcast on the Etoiles channel:

question for a streamer 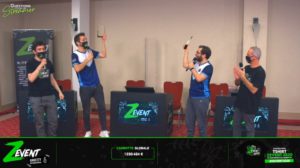 question for a streamer with Samuel Etienne

ZeratoR hosted a speedrun on Hades with regressive donation with 14 streamers:

2h30am : Fear and laughter crisis on Phasphomobia and the replay is here :

Lestream organized Sims 4 challenges. The funniest thing is that the sims are streamers. The first mission is to kill all the sims: JDG and Antoine Daniel died in the flames, mistermv and Maghla drown in the pool, Jeel gets swallowed by a cow plant… If you want more details, watch the channel Domingo:

During the quiz of JDG, Squeezie, Domingo, Gotaga, JLTomy, LeBouseuh, Kameto, Xari made the bet to give 100 € each time they takes a goal in FIFA 2021 and ZeratoR organizes an age of empire 4 VS 4 : 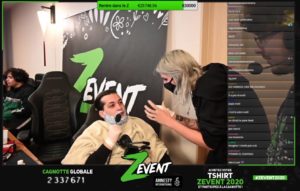 JLTomy gets his beard dyed in red ! 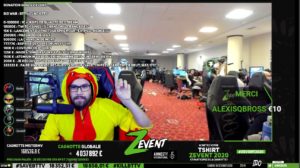 Mistermv disguised himself as a chicken ! 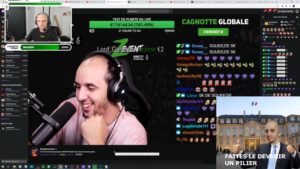 Jiraya drops the beanie and had to make a tier list of streamers then a massive raid to made him reach 200,000€ and will have to shave his head ! 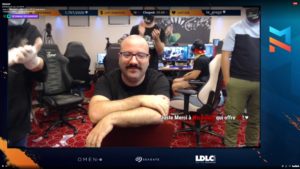 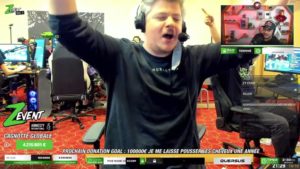 AlphaCast must undergo training by Gius dressed as Géralt of Witcher and he must grown his hair until the next Zevent where it will be cut. 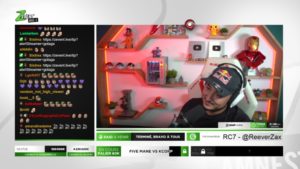 Gotaga will have to do an “insane” training 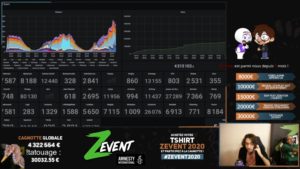 DFG will have to get a “Zevent” tattoo 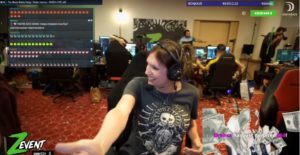 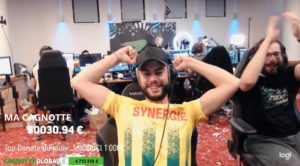 LeBouseuh will have to do a bungee jumping with Squeezie

JDG made a montage of Jeel and Maghla’s wedding and then tweeted his rocket to Elon Musk from KSP :twitter 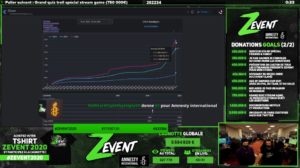 ZeratoR adds the store’s winnings to the pot and the prize pool ended at € 5,724,377 which far exceeds last year’s prize pool! 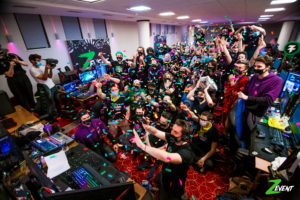 thanks to Dach and ZeratoR who organized this Zevent

Rappelz x BORA: Here we are!