Some news about Rappelz : The Rift 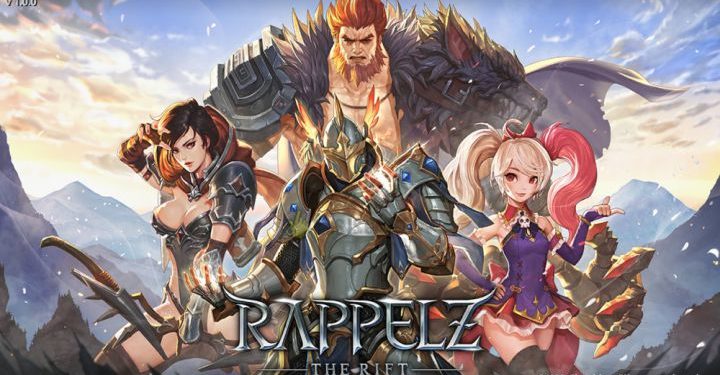 This is the good news of the week, we finally have some news about Rappelz : The Rift. At noon this morning, one of our sources forwarded us a note from Gala Lab dedicated to the game.
Satoru Kikugawa, CEO of the Gala Co. Ltd group, signs this note directly

It is interesting to note that Gala apologizes publicly for this delay in the release of the game.

You have to understand here: “We apologize for the delay in publishing the smartphone game application “Rappelz Mobile” (Lapels Mobile).”

The game is still scheduled to be released on Android and iOS.
We are reassured to know that the game is not abandoned and that the development teams will intensify the progress of the project!
We will keep you informed as soon as new information appears! 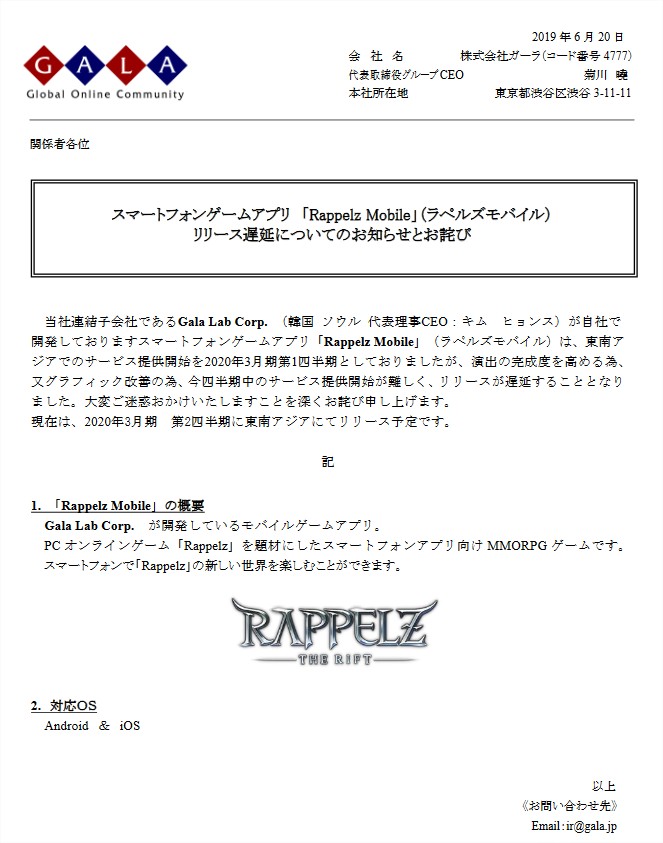 The note in question. Click on it to open the image in a new tab.

A new editor for Rappelz PC and ...