Yes, the birds shine and the sun sings, our hearts are in celebration because finally is published the following “barstool psychology” today devoted to the numskulls! (and this subject stinks the lived, you will see)

You have federated around you loyal users who appreciate you for your advice, your leadership qualities, your management of situations at risk.
After years of games you have perfected and thus become one of the pillars of Rappelz, your goal: bring you closer to excellence.
But today you’ve had enough! Finished all that, you long to become THE NUMSKULL of the game. 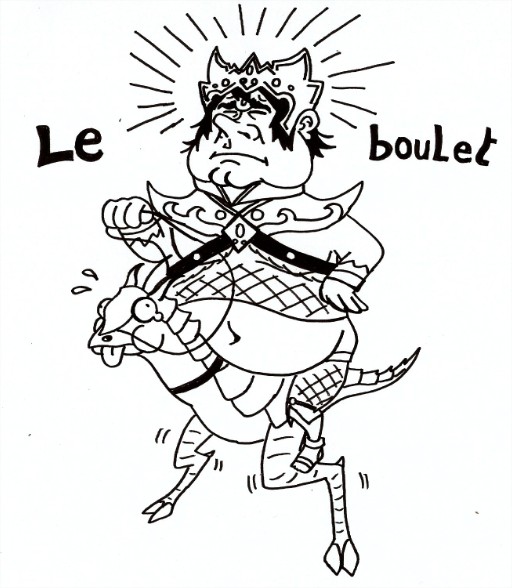 Fortunately for you, dear Mulhog knows the recipes for success to become the guy dp rejected, mocked channel world upon connection,
in short the guy who is as useful and pleasant to live as a tick hanging on his intimate parts :

To become a numskull, systematically putting an exorbitant price is a fundamental principle,
do not hesitate to double the prices of your items in front of the competition, or even to add an extra 0.
If you can not sell an item at the AH, put it on sale even more expensive than the day before
ABANDONING COMMERCIAL LOGIC is paramount.

Do not hesitate to ask obvious and easily verifiable questions to everyone:
-“Can we resurrect someone with a resurrection scroll?”
-“To improve an armor we use a defense cube or a cube of force?”
-“Jenna from the site of the bucher gave me the quest “king of steel” but who gives the mythril for up the weapon?”
-“Can you combine a competency card with a pet?”
(These questions have really appeared in chat world, I’m not inventing it)
If a user has the patience to respond, ignore his answer and ask the same question every two minutes.

To be a competition numskull you must also respect certain postures in game:
When you want something from another player, stick your character to him!
if ever it moves you must follow it everywhere until it FAVORABLY answers your request!
(which is unlikely to happen so hang).
If an other player helps you, stop once in a while to admire the landscape, never look at the map and lose yourself regularly.
In the case a player tells you a direction, go to the opposite.
Achieve these goals and you will master the ancestral technique of “Drunken Stalker”.

You want to show your numskull skills to the world, for that nothing like a dungeon in a group!
Forget the super up stuff of death, favor low level armor and not suitable for your class,
the major blockage is a great classic.
As for the weapon, choose the most unlikely! For example take a two-handed ax if you are a sentinel,
be innovative, it is in the originality that the biggest numskulls have been forged.
Here you have the necessary assets to rot a dp!
But before we get down to business, we’re going to have to get longed for.
Start by finding a group, greet those present and try to sell them unnecessary tricks.
When the group is finally complete, everyone joins the dungeon.
Everybody? no! Make sure you arrive at least 10 minutes AFTER all the others.
Another tip is to leave the group shortly before the gathering, it is the opportunity to go eat for example.
(It is also advisable to use this last tip in the middle of a dp)

The DP is finally starting …
So then you can let go, it’s a stampede, the panty party, anarchy, chaos.
If you have a pet heal, do not heal, if it is tank do not stuff it, if it is dps do not attack.
Never play your role … We ask you to heal? Go to the toilet.
Are you being asked to attack? Mistake of enemy. Are you being asked to tank? Never use an aggro skill!
The situation is serious? Everyone panic? Tell them your life, the time is right.
The band starts to get upset with you? You are on the good road! Throw oil on the fire and systematically reject the blame on someone else.

Finally your efforts have taken, the leader of the group has preserved a crisis of anguish by kicking you, it is time to make known your exploits!
Quickly, complain in the world of what have just happened to you by taking care to appoint the leader of the group,
After having insisted a little he will begin to unwrap in the eyes of all the stupidities you have laid in dp, ensuring you an effective publicity!

That was the basics for being a good numskull, there are tons of other tricks (chaining a second hour of farming on a boss while someone is waiting behind,
Wanting to group at any cost someone who does not want to… etc).
I also want to thank many players of Rappelz who made this article possible, at the time a numskull is always a painful experience to live,
but when you look back, in hindsight, it is often with a smile.