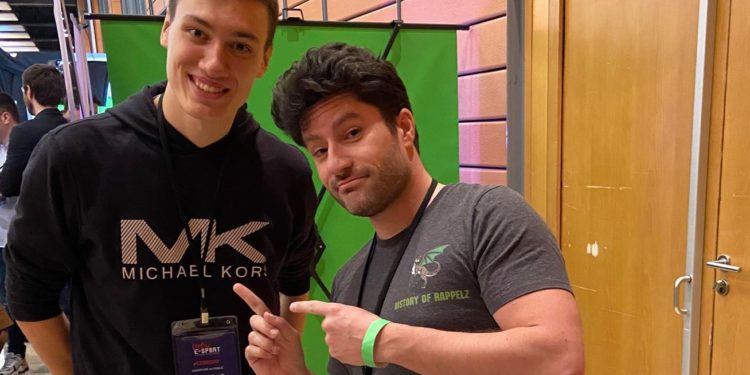 Would you like to become a pro player? Create your e-sport or cast association? In the article presenting Lyon’s e-sport we saw how it went during the E-sport weekend in Lyon: Le récap’

This time, I prepared interviews to better understand how they work.

There are clubs, in higher education establishments, if there is one for E-sport, ask to join.

How is it, an university club ?

I am a member of the club. There are 3 managers and they organize events, tournaments, they scramble for the club and they
make it live.

How you manage the awards in the club ?

We paying the expenses  of the Lyon e-sport for example or equipment.

Have you been selected to play here?

There is a selection and we send the strongest team of the association. It’s done at the start of the year.
players according to their levels to have homogeneous teams.

What is most important in the team?

Getting along in the team is very important.

What are you waiting for ? Only for fun or are you looking to be spotted to become a pro?

There is a little bit of this dream that we keep in the corner of the head but I do not know this environment very well and I do not know if it is hard to go there or not. One, I don’t think I have the level and two, I think it’s pretty stuck in this envieronment so we are here especially for fun and if we can perform, we will be happy. 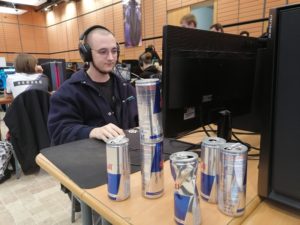 Each association is managed in different ways. It’s up to you to inform the manager before joining. If you want to create your own association, take a look at the government web site.

How is your association made up?

I am the president (NEOZ), UMBERS my adviser and the manager of TrackMania, Fortnite, League of legends sections, then
coaches.

We try to be as professional as possible to be ready to become a business. We give ourselves 5 years to get there.

How do you recruit players?

Many are applications by messages. We ask for a fairly thorough application then we do an interview by looking
how the person is at stake, what is their mind for cohesion which is extremely important for us and if this person is
professional.

How do you organize yourself to find sponsors?

We are in the process of making files precisely. We select a team or for example a duo on Fortnite and we will see
sponsors saying: I need so much for this duo. If we ask for funding for the whole structure it is not possible,
it will be a too big request or it won’t be enough for everyone.

How do you manage cashprizes? As an association, can you pay the players?

Depending on the cash prizes and the expenses we made for the players, we can pay them because we are an association (french law),
like soccer players. It is not an employee contract, the player must have his structure as an freelancer and
it charges us. The goal is not to enrich ourselves but to prepare ourselves in 5 years to become professional and able to live from it
because I haven’t finished my studies yet. We are looking above all for quality and permanent sponsors. 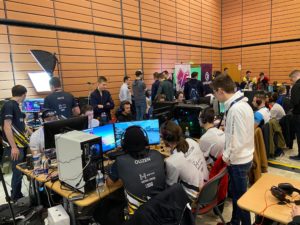 The dream of many players is to become pro, even if it’s difficult, it’s not impossible! you have to know their expectations …

Interview with Abu, a manager:

When did you decide to do your business ?

It’s my director Hadrien “Thud” NOCI who is the founder of O’gaming which is a big channel on Twitch which broadcasts
live in various video game competitions. This person created something incredible few years ago,
some guys came to see him to create projects in E-sport because he was always interested in E-sport. ASUS turned to him (Republic of gamer: ROG) to ask him to create a school of LOL (League of legends). The goal is to place 5 players on different positions, keep them for 1 year in a house, maintain them etc … but we didn’t pay them. Do all the competitions with them and the goal is to sign contracts
with other teams who were professional. It lasted 2 years and at the end, a partnership that came back with us
which was called “les Yvelines” (my manager went to canvass) and we had enough budget to go to the superior competition. We’ve been  ROG e-school and become ROG e-sport now. It’s a full-fledged company which is sponsored by Republic of gamers and the Yvelinnes.

How is player recruitment going?

There are different ways. The coach scout different profiles which could interest us and according to the budget, because at the beginning of the year we have a budget which is dedicated to the recruitment on 2-3 games then we start to orient ourselves on different players.
There are some who are very very expensive like in sports and some cheaper, it all depends on what we need and the budget.
Basically, it is the coach who will canvass then will talk to the manager (myself), then as soon as I see he has a good mind and
corresponding to the project, we’ll take it.
People must understand that it’s a profession and it’s not innate for everyone. We can be good at video games but be professional and do 8h to 12h is very complicated to supervise. The last step is to talk to my manager about the player and he makes the contracts.

That’s it. We cannot recruit just anyone, it happened to us several times to be wrong. Some people are very strong
and we think it’s a pepit but in the end, it doesn’t accept criticism the coaching. We get up between 10 am-10.30am,
they are in the training room at 11am (we live in a gaming house), they play for 8h to 12h a day, we count the meal, 1 hour of sport during the day. There are some who do not accept sport but it’s good for the brain as much as for the person, they go to bed at 1am maximum. There are some who do not accept and who prefer to play in the evening. 1st remark, 2nd remark, 3rd
note, they’re fired. There must be in mind that corresponds to the professional side. That’s why scouting is really essential with the coach, manager and director.

Are you going to see the players when they are streaming or in E-sports ?

You need to know 95% of the time, when a player calls us, there is a problem. Let me explain, we receive a lot of messages on Twitter from young people between 13-21 years old who are selling themselves very badly because they want to become pro because it’s a dream of many people, but we prefer to see the players. The players know that they are good, they know that they have potential, that they deserve to be paid and to be supervised, we are looking directly at them. It’s very rare that a player has only one proposal. Then this is where we start haggling: What do we offer him? What house is he going to live in? Which coach? How much he earns.
The player is a star so it’s always us, who go to the player. What you need to know is when you have a structure between 6 to 8 players and you want to recruit a new player, you have to take the responsability to fire someone. He has his month’s notice but it adds challenge to other players to be able to stay. The players are fed, housed, laundered, they pay nothing! And in addition they’re well paid ! They must understand they are very lucky to be here but they can be dethroned at any time. They have the Damocles ‘s sword above their heads but it is the tough law of the market. I find it hard to make people understand that, it’s a real job because they are supervised: psychologists, nutritionist, mental coaches, sports coach, we have everything ! They must eat well, but sometimes it happens that they can order a burger and have fun.

Interview with Heeda, a pro player:

How was your selection ?

The coach spotted me during a LAN in Poitiers and asked me to join the team.

Was it just a LAN or a small tournament?

Is a pro player’s salary enough to live on or do you need a side job ?

No, player salary is enough to live and on top of that, Fortnite cash prizes put in the competition,
it’s several million a week. It helps me to live very well !

Is everything paid and do you live with your team? (house, PC, food etc …)

Yes, that’s it, in a gaming house.

Do you have any advice for players who want to become a pro player?

What you have to do is not want to go straight into a structure. Because as soon as you sign contracts, even
if you improve (gain experience in the game), if you become good players, you are going to get stuck with these contracts.
So perform, become an excellent player, even if in a structure it gives several advantages like good equipment
to improve its performance, you can’t change anymore because of the contracts, so wait until you have a good performance and it’s the big
structures come to you. You have to show your talent and on Fortnite, you are lucky because even if you are “no names”,
during competitions, everyone sees your name, if you are in the top 10.

Did you ever say no to a proposal?

Me ? no, because I had a good proposal from ROG but I know that I have colleagues who refused proposals to not be immediately blocked. 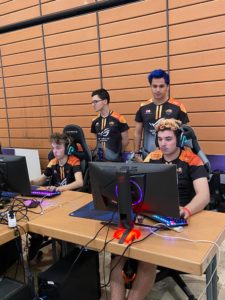 We notice that on your stand it marked Millenium (very known french web site), is your company, Vonguru, one of them?

No it’s our sponsor on the Cast part.

When did you think it was the good time to start your business?

We joined him when it was an association, it already existed. We created new sections,
because it was only written media:
– There is the written part on geek culture on vonguru.fr
– Overcloking on overcloking.com which is the 1st web site in France and 2nd in Europe.
– the E-sport cast on twitch.tv/vongurutv

We recruit as a volunteer to start with really motivated people and then we train them.

What profile are you looking for?

Staff who wants to learn and are versatile. they can be editors or casters but
what we need the most is supervisors such as coaches and managers.

Do you need a specific diploma?

No, all the people start volunteering and training, then the evolution will be very easy. 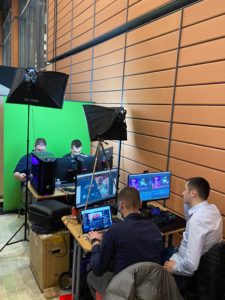 Although all the structures are different, we notice that they seek above all a strong cohesion and know how to improve continuously. If there are mainly E-sport associations and companies, there are also independents players who come in groups or alone to try their luck to win and be discovered by structures ! For those there, patience, nothing is impossible!