Rappelz Japan: The closing seen by a player 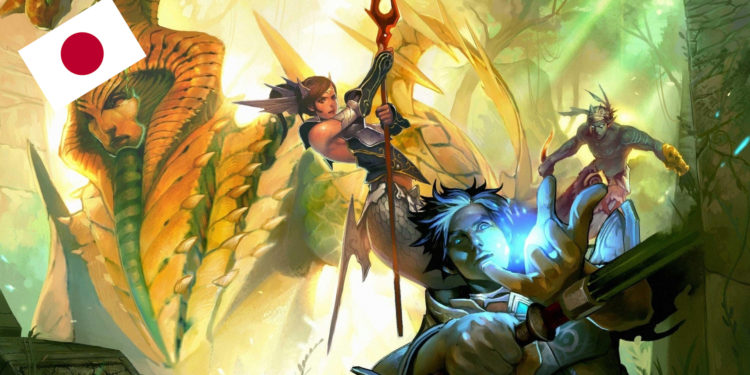 28/02/2018 à 3:00PM (UTC+9), that is the time and date marking the end of an 11 year era for all the Japanese Rappelz players. At this specific hour, all the online players on the Japanese servers were disconnected, for the last time. Rappelz Japan is no more. 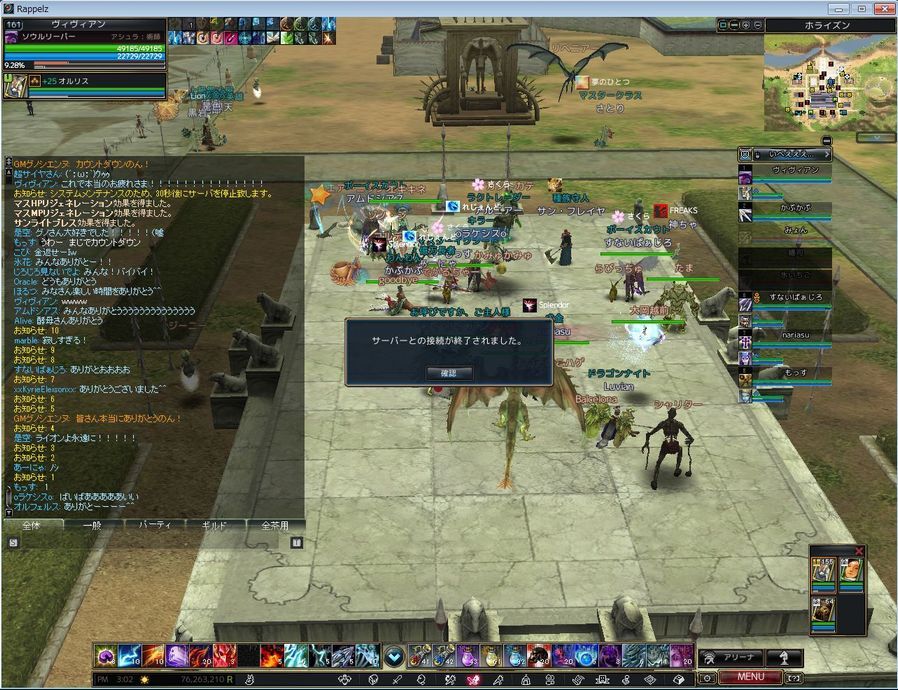 Source : http://luviann.blog59.fc2.com. The GM’s messages, written in orange, can be translated as “Countdown in progress” and “Thank you, all of you!”

I got in contact with a renowned Japanese player, named Luvian, who accepted to answer some of our questions to let us visualise the game’s atmosphere before its final moments.

HOR: Can you tell us more about you? (Who were you in Rappelz, for how long did you play)

Nice to meet you, my name is Luvian. I almost played every class, but musty the cardinal and the corruptor. I started back in July 2008, just after epic 5 went live, and played until the 28 of February 2018.

HOR: What was your main objective? Did you still have one after going this far ?

When I started, I loved the world that was presented to us, talking and spending time with players I met in game, it was fun farming mobs. Later, I joined a PvP guild and I began focusing on PvP.

HOR: When did you learn that Rappelz Japan was closing down ?

On the 16/01/2018. It was after a routine maintenance, they also announced it on the official site, and the GM tweeted about it.

HOR: How was the atmosphere before the servers went off ?

In general, it was very calm and relaxing, the game was not very populated.

HOR: Were there any particular events ?

Yes, we had a drop x5 event, experience x10 and a Valentine’s event. The day before closing, our GM organized a mob spawning event with tamable bosses near the Yak farm.

HOR: How did you feel when you learned that Rappelz Japan was closing ?

Since epic 6, players began leaving the servers and the game felt like it was dying, so after all this time, it’s not surprising, it was more like “The servers finally closed.

HOR: Do you have plans to play on a foreign server ?

I am planning on creating an account on the Korean servers, or on a Webzen server.

HOR: Final question, do you have a message for the Rappelz players all around the globe ?

Since a lot of Japanese players were transferred to Webzen servers, thank you, thank you very much !

The atmosphere was very calm at the end, and it’s nice to see that some Japanese players did not completely stop Rappelz, even though the Japanese servers were closed.

Thank you Luvian for this interview, you can find his blog here : http://luviann.blog59.fc2.com and discovers his game chronicles !