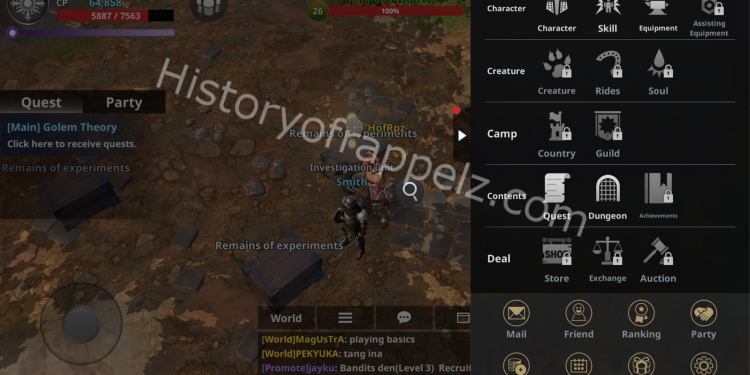 A user interface’s optimization is the key to any successful mobile game, it should be neat and match the screen’s size. Today, we’ll see that Rappelz : The rift is no exception.

Here is the third article of our dedicated Rappelz, The rift series : The user interface.

After having accessed Rappelz, The rift’s CBT (Closed Beta Test), we had some doubts concerning the game’s compatibility and manageability on mobile phones. Fortunately for us, Gala did a great job, proposing a simple and modern interface.

With no further due, here is a screenshot presenting the interface’s different aspects during a party raid. 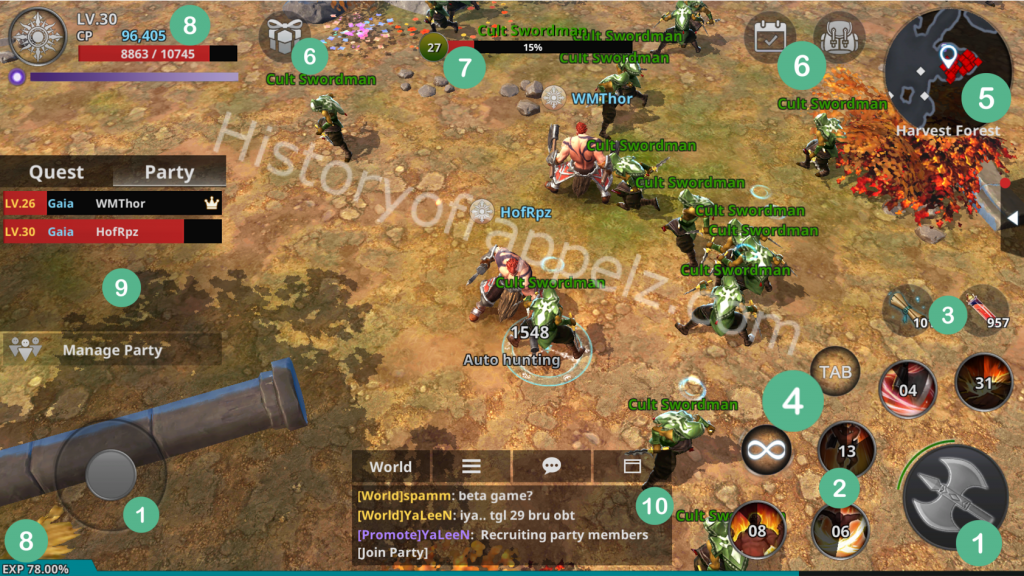 To clarify, here are some details about every element and it’s corresponding number on the picture above.

Of course, there is more to it !

You may have noticed the white arrow to the right on the previous screenshot. Clicking on it will let you access many more menus ! 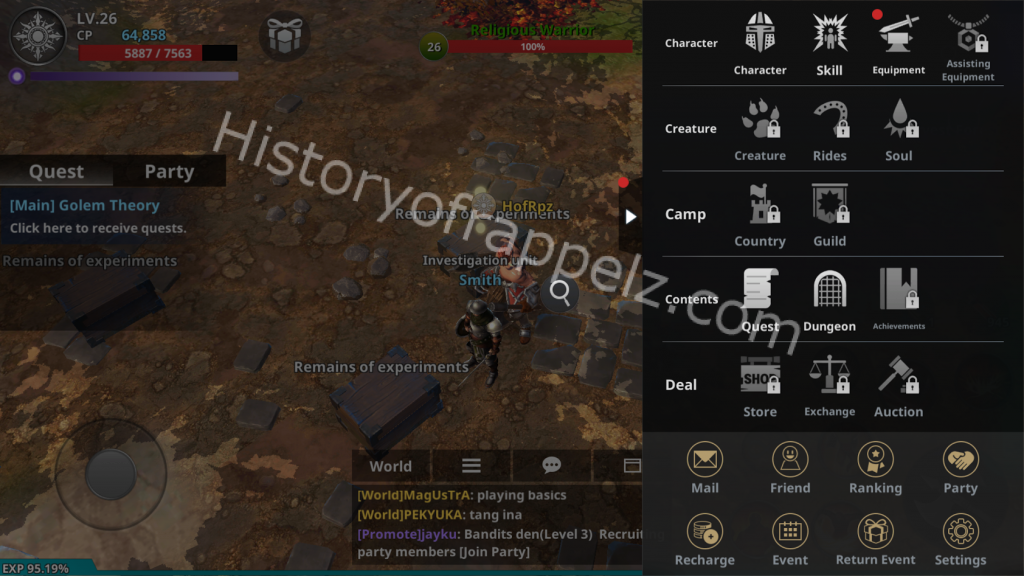 This menu is divided in six major parts.

The game’s interface is well organized, keeping the gaming experience enjoyable and optimal !

You’ll find some of these menu more thoroughly explained in Wantmytip‘s video below, with the usual English subtitles by Twist 🙂

Rappelz, The Rift : The dungeon system ...