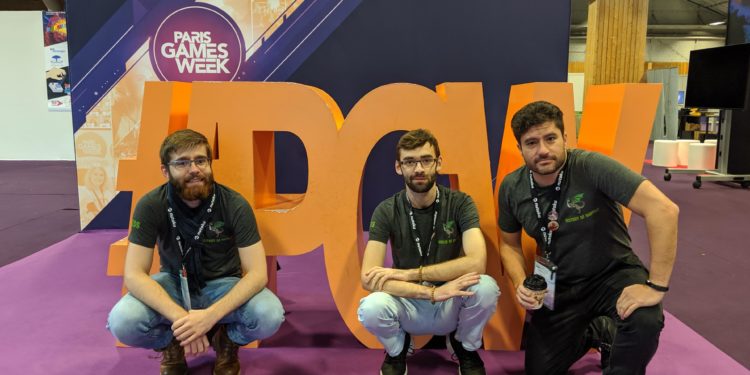 Another edition of Paris Games Week last year, and we were there again. Once again, this edition gathered more people than the previous one (317,000 people).
The more than 190 exhibitors, from the stand of the giants of the video game industry, to the vendors of figurines or clothing, as well as computer hardware brands or console stands, were more than 190 to welcome us during this event.

As every year, the show is divided into 3 main parts:

Ubisoft, 2K games, Koch Media, Jeux made in France, Asobo and Paradise Game are part of the stands of publishers present at Paris Games Week. Publishers play an important role during this event, they allow to show mainly the games that will be released soon on the different platforms.

Ubisoft, as usual, managed to animate Hall 1, notably thanks to the main stage which hosted Just Dance 2020 demos. A large multiplayer game testing area was available to everyone just behind.

As for Koch Media, they gave us a nice surprise by offering us to participate in a Karaoke (more or less successful, you’ll be the judge of that).

Jeux Made In France didn’t have to envy the big publishers because of the diversity of the developers present on their booth and the quality of the games presented.

All along the PGW the scene was animated: small challenges with games to win, animators introducing new games and goodie tosses.

We were able to exchange and discuss with several people from the Xbox team with whom we sympathized.

One of this year’s Xbox events was the release of the DLC Lego Speed Champions for Forza Horizon 4. A life-size replica of the McLaren Sena in Lego was on display at the booth!

Nintendo has focused on visitors’ immersion by reproducing a mansion (not life-size this time!) dedicated to the universe of Luigi’s Mansion for the release of the third part of the series.

The main stage was once again the centre of attention with numerous amateur tournaments open to everyone.

Finally, Ring Fit Adventure was presented on the stand. We appreciate the sporting side of the game which will know how to muscle the players while remaining in front of their screens.

Playstation has made a big splash by inviting Hideo Kojima himself to preview his new game: Death Standing.

Final Fantasy VII Remake and Avengers were the other two main games presented on the Playstation booth.

It was downright war in those booths! LEDs, Watercooling, Mods, Big Blowers were the main weapons!
All of them showed their expertise in PC gaming and peripherals. Benchmarks to back it up!

The biggest stages like Le Stream have prioritized Fortnite.

The E-sport area has several stages that have hosted many international tournaments.
Like, among others, the Farming Simulator League final, which was a world first.
There was also the Trackmania Grand League final.

On the opening night of the PGW, Team Wankil and Team Squeezie faced each other in a series of mini-games during the Quizz United Special Paris Games Week.