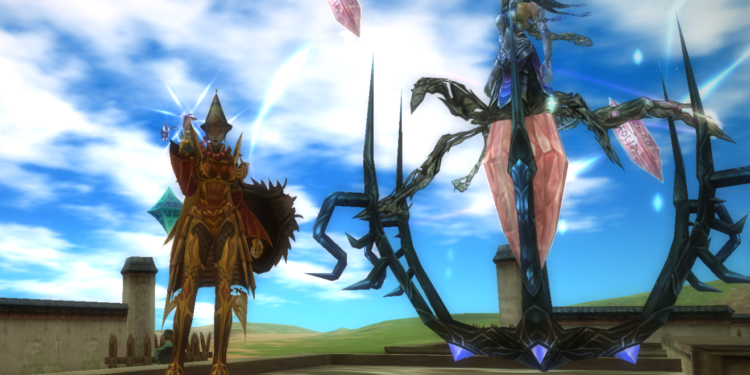 For several weeks now, a Polish player has joined us on our Discord (His guild holds the world record at the Citadel with a time of 7:42), thanks to him, we have been able to discover how the Rappelz community works from his point of view.
Yavol being a player with his own community, we decided to do a double interview with him: one from us, History of Rappelz, and one from his community in order to have two different points of view.


Can you introduce yourself?
I am Yavol, a player from Poland, former guild leader of the Gorasul guild of Serafin[EU] .

How did you know Rappelz?
My cousin introduced me to the game.

Does your username mean anything?
Most Poles who know me call me “Jabol”. People who would like to know what that means should ask Uncle Google.

Do you prefer PVE or PVP?
I was a PVP player on most of the MMOs I played, but you need PVE to play PVP well, so 50-50.
Most of the players in your guild play fairly widespread classes, why did you choose the Corruptor?
Before the meta tanks, DD6 was a little difficult if we want to go very fast, I want to limit the God Mother Fairy’s Bottle in part, so Corruptor was the best way

I saw your video ” Rappelz 9.6 GoodBye Yavol ” (present at the bottom of this article), was it difficult for you to do that?
It was very moving…… It may be funny, but I had a tear when I edited that video… especially when I look at the moment of our record at the Citadel…

Do you think you’ll come back to Rappelz?
I won’t come back to be an active Rappelz player, but I’ll watch what’s going on.


If you could make a change to Rappelz, what would it be?
Statistics, at the moment we have unbalanced statistics, most of the % of statistics making the game too fast and the characters too strong, for example our DD6 guild record with 7 people was 1:35, it shouldn’t be that fast.

Why do you think the game has so much hatred between players. Do game moderators care about this issue or do they just address it? What do you think of that?
It’s probably because we’re trying to say who’s the best most of the time or because of jealousy. Moderators are normal players, they know all the situations, but they do not react, they have no advantage so they have no reason to react, most of the game problems is the lack of strict GM belongs to Rappelz, we have no one to talk directly on our servers. They should be like a family with us.

Do you like the game in this situation?
I could say that I currently like this kind of situation, but I like to remind you, this game is so nostalgic but the state of the game is very bad, because of the lack of attention to community needs, of course they don’t do what we say, but in my opinion they should cooperate more with us… Actually, it’s not a very popular game.

Which Epic was the best?
I don’t really remember what this Epic was, but it was Cubric’s arrival, probably 7 (ED: It’s 7.4).

What is the best way to start with Rappelz?
What class and what kind of style of play? Rappelz is not an easy game for new players, we have too many items in cashshop to make good items, of course if you go to great lengths, you will have everything you want if I have to choose a class, I will take the Void Mage at first, then after the 180 I will take the Slayer, the easiest class without good equipment for solo. All new players should focus on events to get money.

Where do you think Rappelz will be in 5 years?
I hope it won’t be at the cemetery heh……, but the population of this game wouldn’t increase, if nothing changes it may be the end of Rappelz, but it may be that our community is still there, so we’ll see.

Rappelz has changed over the years, is there anything you think Rappelz has lost and that you would like to bring back to him?
Yes for me Rappelz lost 2 things, the hardcore gameplay, I remember the days when leveling was difficult, making money was difficult, but this feeling of doing something difficult was wonderful, especially if you could do it. The second, the pet system, if you ask former players why they started Recall, 50% of them say “pets”. In 2006, when I started playing, so I was 9 years old, this system encouraged me to enjoy Rappelz.

Thanks to Yavol and his community for allowing us to conduct this joint interview. We sincerely hope to be able to work with him again on future articles in collaboration for newcomers!

In the meantime, you can discover below his retrospective video of his “career” as a Rappelz player!

Rappelz: The Rift, after the last closed ...